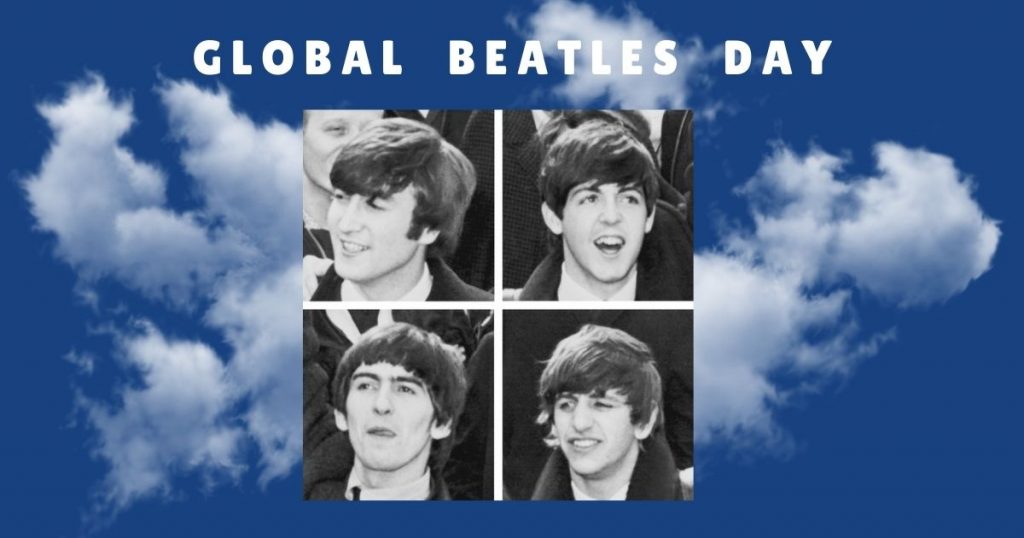 Music lovers worldwide come together to celebrate Global Beatles Day on June 25. The occasion pays tribute to The Beatles and the impact they had on both music history and pop culture.

The Beatles were a rock band that formed in 1960. After the original drummer Pete Best was fired, John Lennon, Paul McCartney, George Harrison, and Ringo Starr went on to be known as the “Fab Four”. The initial beginnings of the band were actually happening in 1957, but they went through a few name changes before settling on The Beatles in 1960.

A bunch of smash hits later they were performing All You Need Is Love to 400 million people via the first global live TV link, with the broadcast reaching 26 different countries simultaneously. This huge moment in pop culture history took place on June 25, 1967, and is the reason why Global Beatles Day is celebrated on June 25 every year.

Global Beatles Day was founded in 2009, and we use it to celebrate not only their music but also their message of peace and love.

HOW TO CELEBRATE GLOBAL BEATLES DAY

People loved The Beatles because their music was catchy and unique. On Global Beatles Day the best way to celebrate is to listen to some of their many classic tracks. Our tip is to put on the White Album and put your feet up.

The Beatles love and positivity, get out there and spread some of your own in their honor.

Get together with your best buds and check out one of The Beatles films such as ‘A Hard Day’s Night!’ or ‘Help!’

WHY WE LOVE GLOBAL BEATLES DAY

The Beatles had a huge impact on the world during their time not only for their music, but their expressions of peace, love, and harmony.

The Beatles spread positivity to their fans by encouraging them to love everyone, express gratitude, and to fight for peace. They played a role in influencing societal attitudes. Today, we all recognize their classic hit, “All You Need Is Love.”

Global Beatles Day is a day to recognize all that The Beatles have offered to the world and how they’ve influenced us.