We can hear many beautiful voices harmonizing and they’re telling us it’s National Barbershop Music Appreciation Day this July 13th.

A yearly event to celebrate barbershop music — a style of voice-only, acapella-style music — this day is not to be confused with another barbershop-themed event: National Barbershop Quartet Day.

People of all ages, genders, and nationalities come together to perform at various public or private events, singing melodies across genres. In a pop culture world, this day is a little slice of nostalgia, beauty, and authenticity combined.

Barbershop music may have originated in England in the 1600s and has since grown in popularity due to American influence. Barbers would keep a ‘cittern’ in their shops for customers to play while they waited. Some customers eventually began inventing their sounds, placing pebbles inside tin cans, and so on, resulting in ‘barber’s music.’ In his now-famous journal, the famed English naval administrator Samuel Pepys described this music as ‘amateur instrumental music.

By the 1830s, this music had found its way to America, and as the local barbershops were the preferred haunts for local men, the barbershop music became the music of the nation. African American culture and their traditional music took this style of music to another level. Folk songs and hymns were sung in four parts, leading to the barbershop music’s distinctive style being established.

However, this music only hit its stride in the 1900s, becoming insanely popular by the 1940s. However, the only official organization singing these songs was all-male. The women whose husbands were part of the male barbershop music society — Society for the Preservation and Encouragement of Barber Shop Quartet Singing in America (S.P.E.B.S.Q.S.A.) — were particularly inspired. They had first-hand experience of how much fun this style of music could be. So, on July 13, 1945, Edna Mae Anderson invited the wives of other S.P.E.B.S.Q.S.A. members to her home in Tulsa, Oklahoma for a singing session, and the Sweet Adelines was born on that very day. Today, this organization is one among many barbershop music groups popularizing this style of music across America and the globe.

It doesn’t matter if you can hold a tune or not — sing along to songs popular in the barbershop music genre like ‘Shine On, Harvest Moon’ and ‘Come Fly with Me.’ Make it more fun (and challenging) by singing your favorite song in this style.

Read up on everything that interests you about this music, including its history, current influences, details of performances, and more. Information is easily available online or at local libraries. You can also actually join a barbershop group and get real-life knowledge of this style of music.

5 FUN FACTS YOU NEED TO KNOW ABOUT BARBERSHOP MUSIC

This genre of music is famous for having a ‘ringing’ sound — aka music notes that are perfectly in tune. The effect is so wonderful that countless music critics and listeners describe it as being in the presence of an ‘angel’s voice’.

People performing barbershop music have nowhere to hide. Their voices ring out unaccompanied by any musical instrument; they engage audiences with only this and some facial and body movements.

Although — probably — adopted from the British, barbershop music is now closely linked to American hair-cutting establishments. That, plus the existence of multiple American barbershop establishments makes it even more of a U.S.-centric pastime, and one we love to explore. 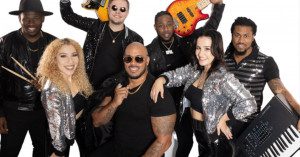