National Filet Mignon Day is on August 13th — an occasion that celebrates the creation of the delicious filet mignon. The steak is the epitome of luxury and is in high demand by the rich in every society.

This is because the meat of a filet mignon just melts in the mouth and is a pure definition of decadence and magnificence in the world of cooking. Filet mignon is basically made out of tenderloin meat that is one of the most prized cuts of beef.

Hence, it’s not a surprise that the dish is so delicious and one of the top favorites in every restaurant.

Filet mignon is basically meat that is cut from the smaller end of the tenderloin of an animal such as a pig or a cow. While pork tenderloin is famous and is known to tingle one’s taste buds, several religions forbid pork meat and the followers instead opt for filet mignons made from beef. However, each meat version has a taste of its own and it is recommended that every foodie try both.

The history of filet mignons is unclear because the dish has existed and been served in the U.S. since before the 18th century, and was also one of the most popular items on the menu. The only difference is, they were known as medallions or tenderloin steak since the term filet mignon was not coined until 1906. The word ‘steak’ on the other hand, was first used in mid-15th century Scandinavia and became popular in Florence, Italy. Whereas, the name ‘filet mignon’ was first used in William Sydney Porter’s book “The Four Million,” and was marketed as an expensive and luxurious meat cut that the poor could not afford. Building the image of the dish as one that was out of the reach of the masses only increased its popularity, and it soon became the most wanted item on the dinner table of the wealthy and the royals. While the dish is consumed today by millions of individuals yearly and is no longer ‘unaffordable,’ it is still an undercut that is pricier than the usual meat items.

To celebrate the day, head to your favorite steakhouse either alone or with friends and family. Go out on an empty stomach so you can order a special filet mignon.

Start cooking a filet mignon of your own by hosting a B.B.Q. at your place. This is also the perfect opportunity to show off your cooking skills.

Whether you are cooking a filet mignon at home or going out to get one, take lots of pictures and use the hashtag #NationalFiletMignonDay on social media.

5 FUN FACTS YOU NEED TO KNOW ABOUT FILET MIGNON

Since the best way to celebrate the day is by having a steak, the restaurant industry often experiences a boost in profits on National Filet Mignon Day.

A lot of people don’t know much about the meat and cooking industry, and this day serves the purpose of shedding light on some essential facts.

Since filet mignon is served at numerous steakhouses, eateries, and high-end restaurants, the day ends up generating tips for servers from different regions and classes. 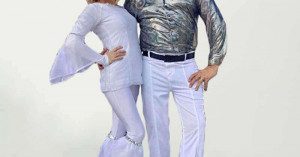